Whew, it’s been a while and a lot has changed! I’ve decided to make Twytch a free and open source project releasing it under GNU. My new goal is to make a very accessible free synth that runs on most platforms. Because of this I’ve cut back a lot of the more experimental features like glitches in place of more established ones like unison and a powerful modulation system.

The new modulation system is heavily inspired by Bitwig Studio though I don’t think they were the original creators of this type of system. I’ll talk more about how it works in a different post.

I’ve made a bunch of changes to the UI and there’s a lot more coming! I find going back through the iterations entertaining so I’m posting them all here. The most recent changes are inspired by Material Design which has heavy shadow usage. I used to think drop shadows were pretty outdated, but when combined with a flat UI, it looks really fresh.

Here are the UI screenshots in reverse chronological order: 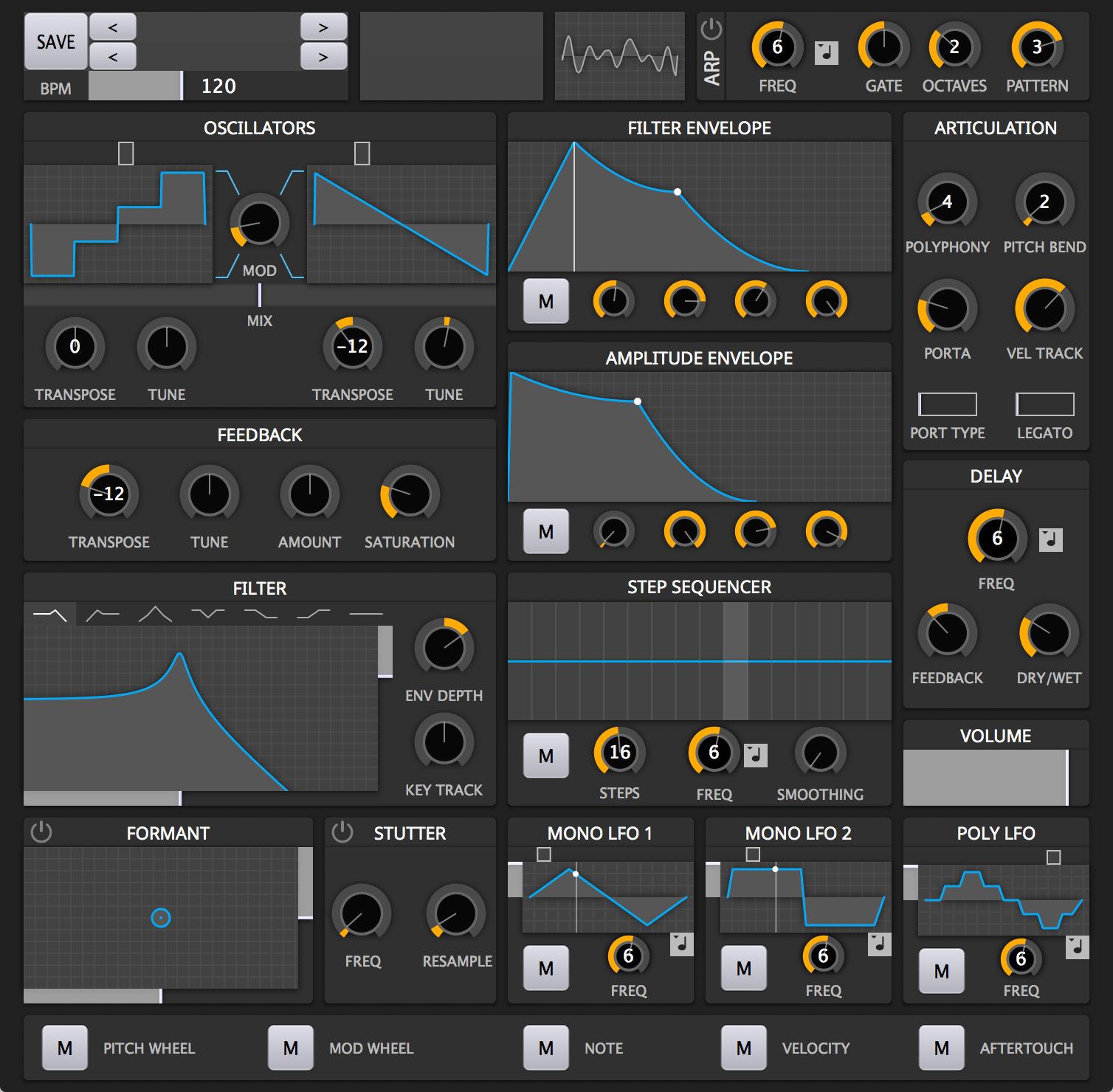 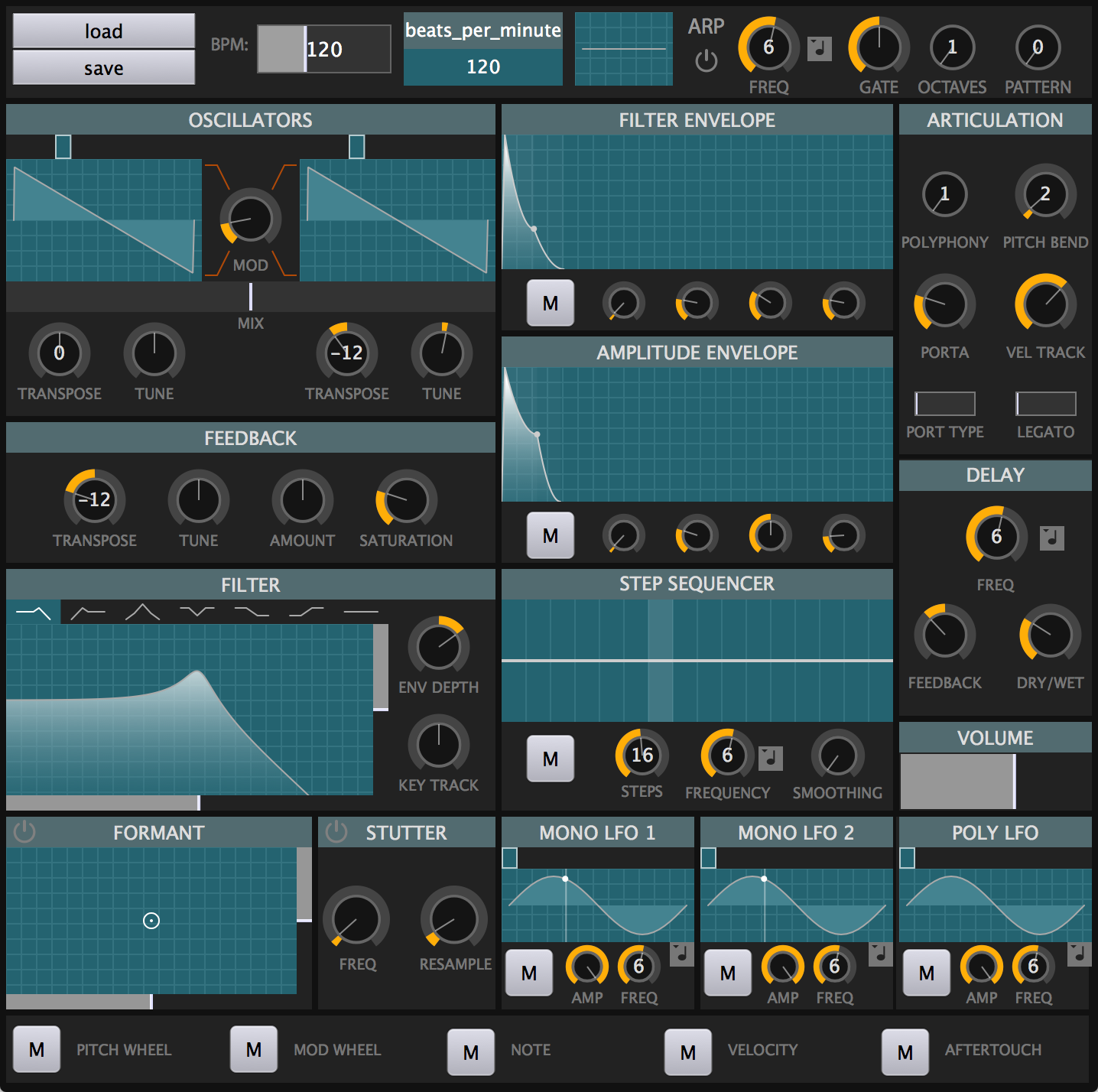 Trying out some new colors: 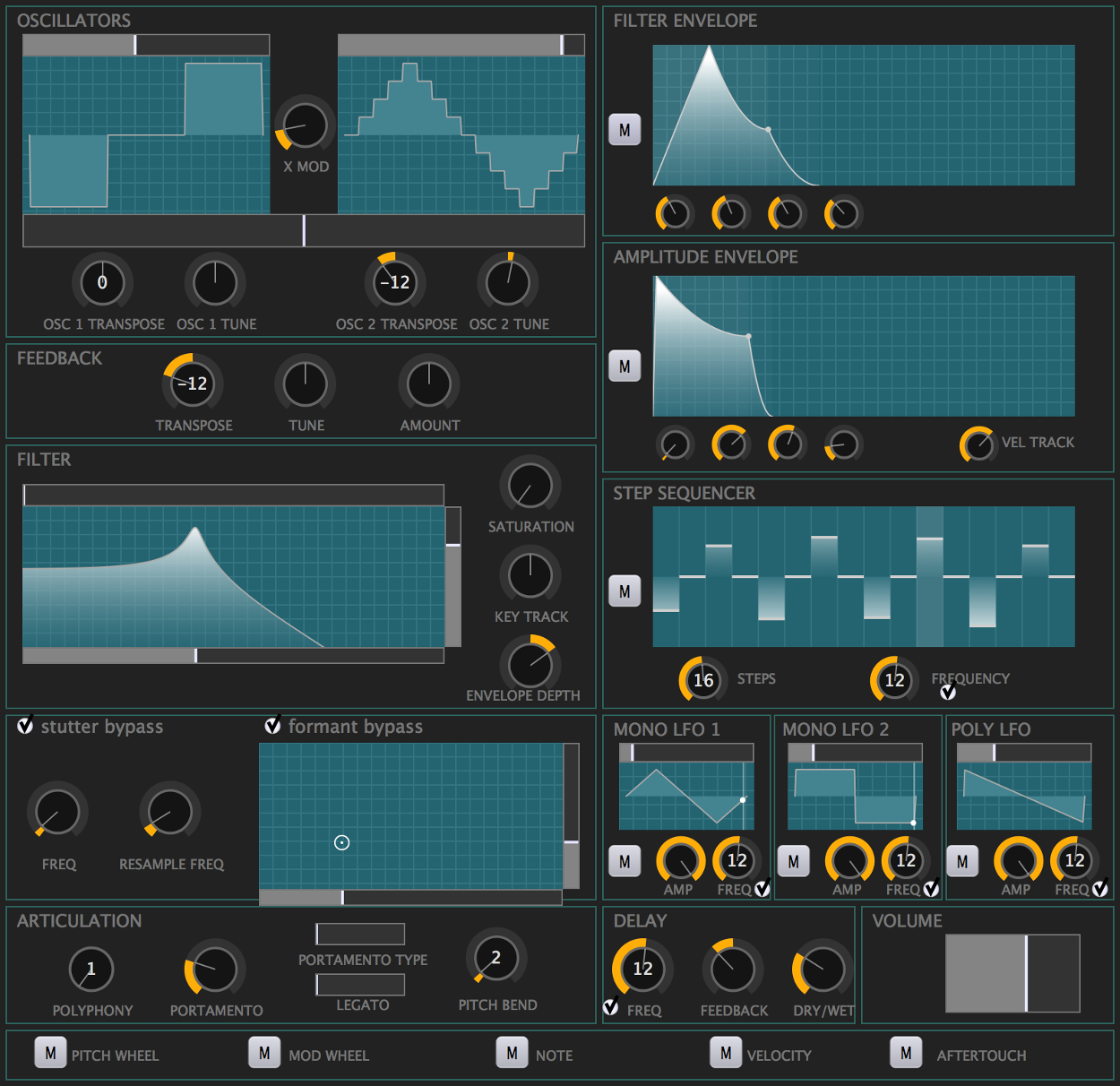 I’m not sure if I want this entire synth to be purple: 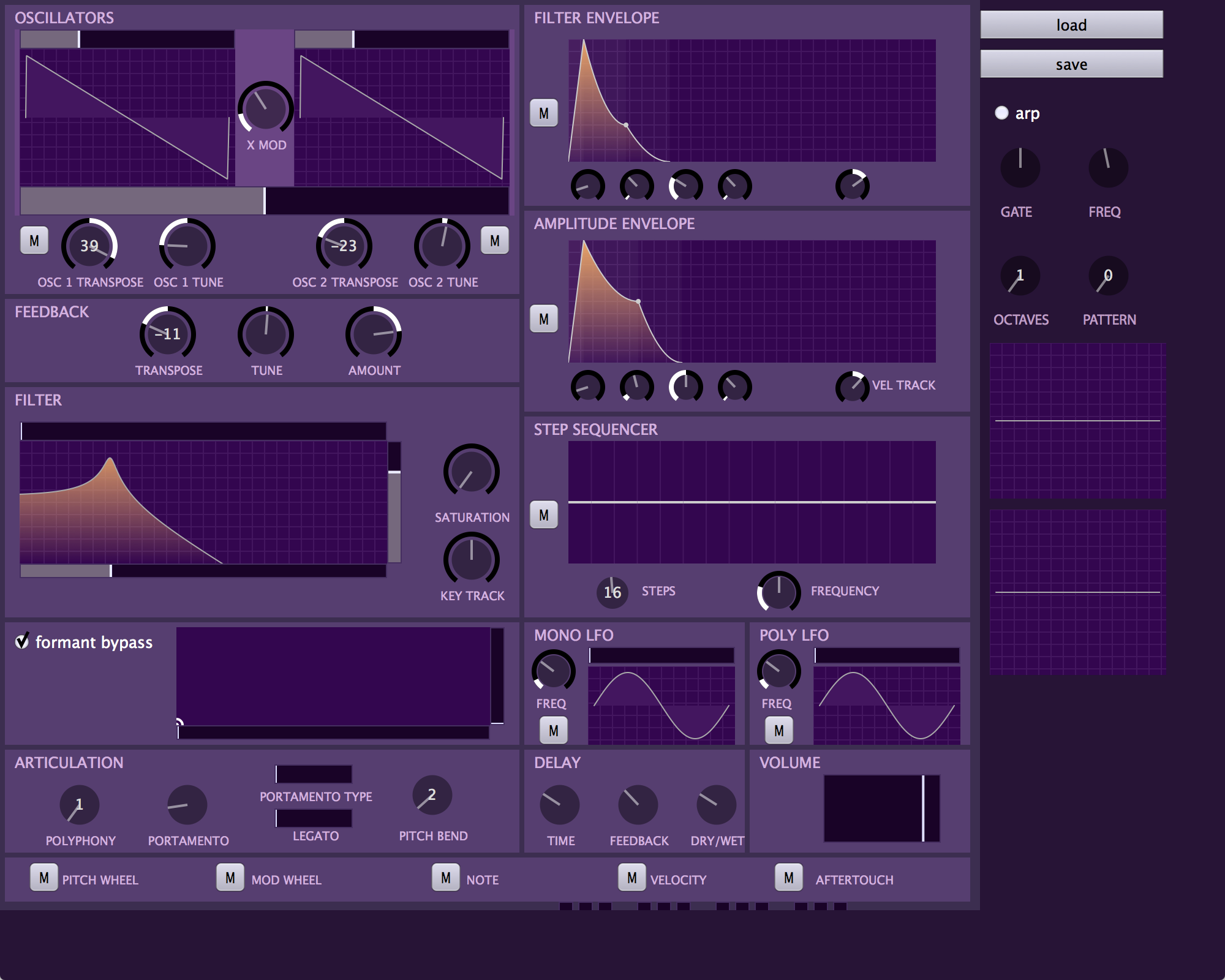 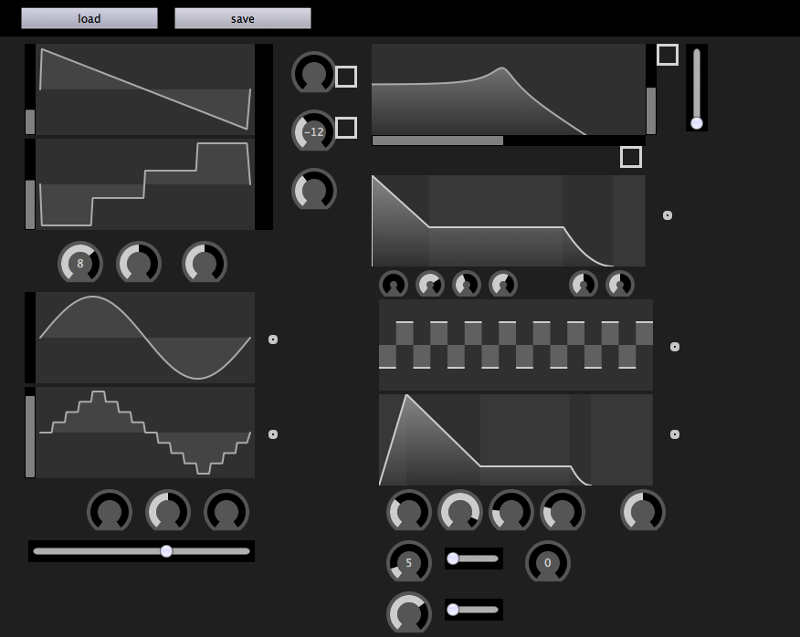